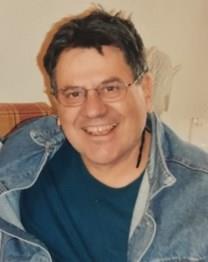 The Village of Croton on Hudson lost a treasured friend just before the New Year. Charlie Stathacos. Charlie was a Peace Corps Volunteer in Benin, West Africa in the seventies, which was only the beginning of a lifetime of service. In his career as an agricultural economist he worked in 27 countries in Africa, Europe and the Middle East where he helped create food security for many of the world’s neediest economies.

When we were lucky enough to have him home in Croton, among his many other acts of service to this community, he volunteered as a Democratic District leader and stalwart supporter. He was the most gentle, caring and sweetest man who ever lived and he will be missed by all who knew him.