To The Croton Community: 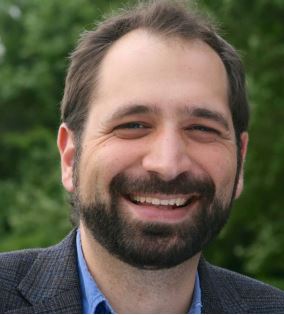 The amendment to the Vehicle and Traffic Code of the Village was made by the Village Manager after several discussions held by the Board of Trustees and the Bicycle-Pedestrian Committee. These discussions began with the Bicycle-Pedestrian Committee’s March presentation to the Board outlining a five-year plan to protect, improve, and expand biking and walking in the Village. One strategy proposed was a speed-limit reduction, particularly around the “dummy light” area of the Upper Village. The discussions were followed by correspondence from the Bicycle-Pedestrian Committee recommending a village-wide speed reduction to 25 MPH, which was part of the agenda of the June 4, 2018 Regular Meeting of the Board of Trustees. The proposal to reduce the village-wide speed limit to 25 MPH was discussed at the televised July 16, 2018 work session of the Village Board.

In their letter to Board, the Bicycle-Pedestrian Committee (BPC) made the case for a 25 MPH speed limit: “It will be safer for pedestrians, bicyclists, and fellow motorists. Slower speeds mean a driver has more time to react and needs less time to come to a full stop. And should an impact occur, that impact will be less injurious than one that takes place at a higher speed..It will improve the village’s quality of life. Speeding cars are noisy, aggravating, and anxiety-producing, particularly on the village’s often narrow thoroughfares. The reduction in speed will allow drivers to more easily ‘share the road’ with cyclists, walkers, and their fellow drivers, too…Neighboring municipalities have implemented 25 MPH to great effect. Using different strategies, NYC, Peekskill, Tarrytown, Irvington, Dobbs Ferry, and Eastchester, among other nearby locales, have adopted a generally lower speed limit.”

Although the BPC sought a village-wide reduction in speed, it was determined that this was not permissible under State law. According to an opinion from the NYS Comptroller: “Based on the language of the statute which provides that no speed limit of less than thirty m.p.h. may be applicable “throughout” a village, it is clear that section 1643 [of the NYS Vehicle & Traffic Law] prohibits a village-wide speed limit of less than thirty m.p.h. […] Accordingly, a village has no authority under section 1643 to impose a village-wide maximum speed limit of twenty-five m.p.h.” This interpretation was affirmed by the Village Attorney.

However, Villages can set speed limits to 25 MPH on specific roads. While not ruling out including additional streets in the future, the Village Board of Trustees decided to implement a 25 MPH speed limit in the Upper Village. This area represents the commercial heart of Croton. The Upper Village is dotted by small businesses, apartments, houses, and houses of worship, as well as being popular with local students during their lunch break. The Upper Village was a the logical choice to reduce the speed limit in Croton due to its intense vehicle and pedestrian activity.

We ask for public cooperation as we work toward a safer and calmer community. For any suggestions you may have, please write to the Board of Trustees: boardoftrustees@crotononhudson-ny.gov